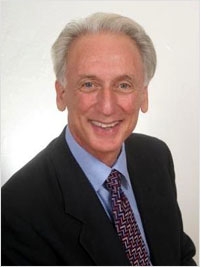 Allan Grafman is a recognized media executive, board director and investment banker for growth, turnaround, VC and PE portfolio companies. He is an innovator known for monetizing content, brands and intellectual property for investors and companies, domestic and international, public and private. He has served on 12 boards. All Media Ventures (AMV) was founded by Mr. Grafman in 1996.

Mr. Grafman’s executive and board experience includes the following:

Allan Grafman’s Executive and Board Experience: